It feels as though this year has gathered momentum so quickly that there has hardly been time to provide any background to the new season:

Earlier in 2013, there was some concern that the nesting platform previously used by the ospreys was becoming unstable, and would compromise the successful rearing of young in the coming months. Indeed, the concern was great enough that the countryside team took the decision to remove it and establish a new one close-by.

The work was undertaken over a weekend in February by Ciril Ostroznik and NTS D&G senior ranger Karl Munday, utilising branches from the new tree to fashion the basic nest structure. The ospreys have made their mark since arriving though, building the nest up considerably and generally settling in for the summer. 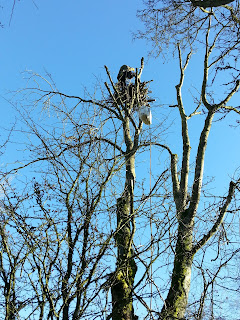 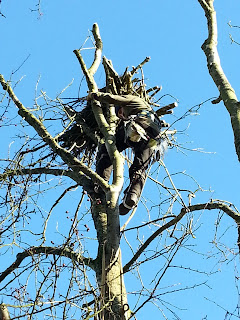 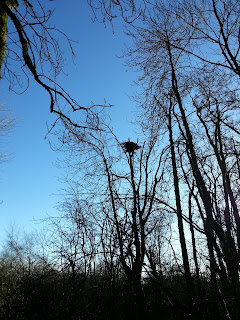 Posted by NTS Dumfries and Galloway Countryside Team at 10:21 AM