We recently undertook some moth trapping down at Kelton Mains on the Threave Reserve. Moth trapping is a useful way to study the diversity of moths in an area using non-lethal light traps. We also set the trap at our Rockcliffe reserve a week before. At Rockcliffe we managed to identify a total of 22 species. 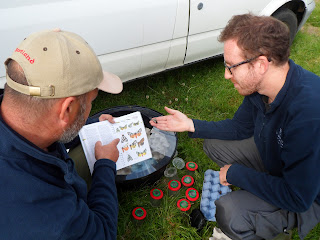 We believe a number of factors led to the low diversity of moths. The night we set the trap was very clear meaning that it was rather cool. Cool temperatures often lead to low moth activity. We were also competing with another light source as there was a full moon. The trap was also set close to the buildings at Kelton Mains where there is not much in the way of vegetation. Hopefully we will be setting the trap again on a warmer cloudier night in an area of the reserve which has a richer and more diverse vegetation cover. 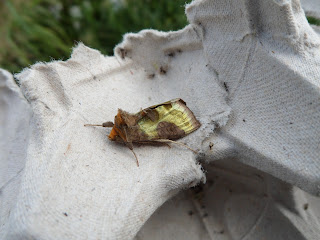 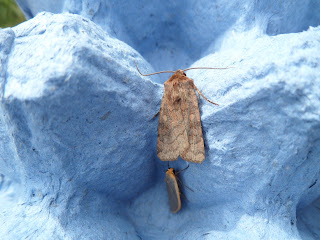 Rosy Rustic (above)  Common Footman (below) 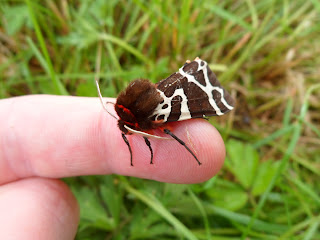 Garden Tiger
Posted by NTS Dumfries and Galloway Countryside Team at 11:13 AM